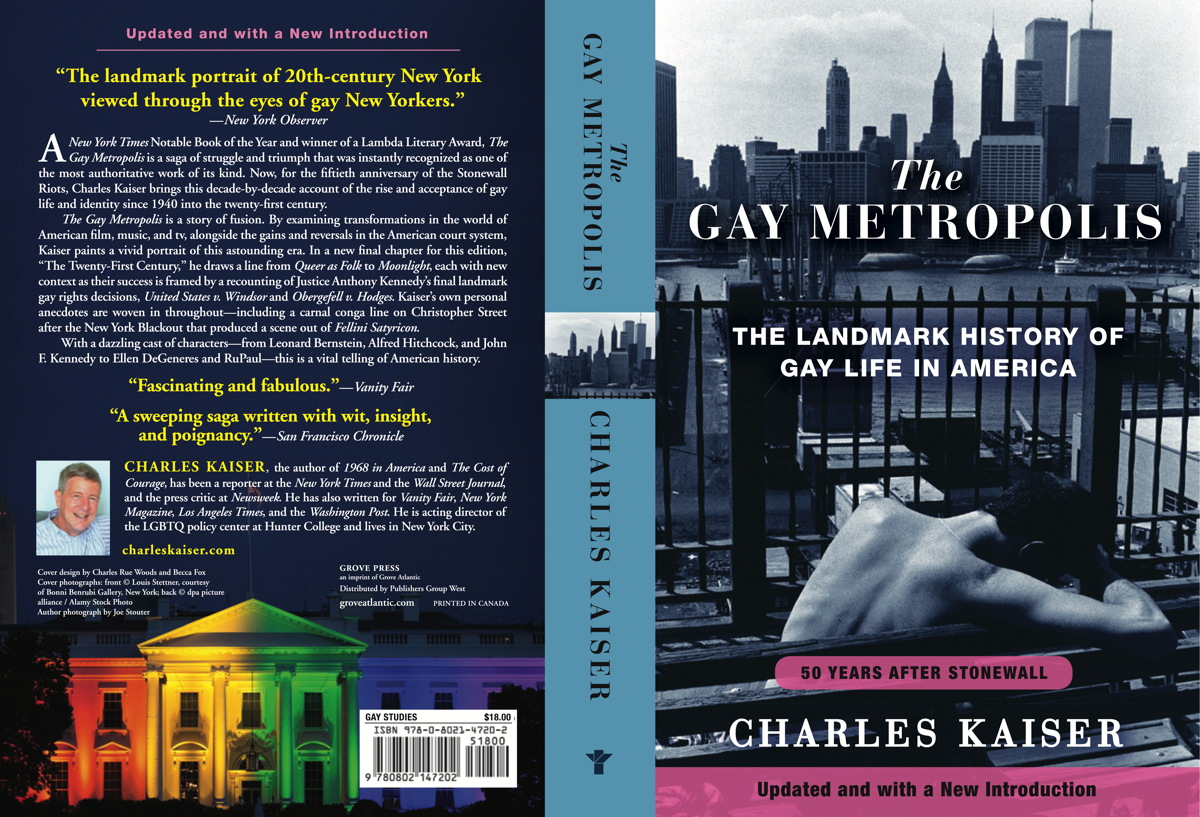 A New York Times Notable Book of the Year and winner of a Lambda Literary Award, The Gay Metropolis is a saga of struggle and triumph that was instantly recognized as one of the most authoritative work of its kind. Now, for the fiftieth anniversary of the Stonewall Riots, Charles Kaiser brings this decade-by-decade account of the rise and acceptance of gay life and identity since 1940 into the twenty-first century.

The Gay Metropolis is a story of fusion. By examining transformations in the world of American film, music, and tv, alongside the gains and reversals in the American court system, Kaiser paints a vivid portrait of this astounding era. In a new final chapter for this edition, “The Twenty-First Century,” he draws a line from Queer as Folk to Moonlight, each with new context as their success is framed by a recounting of Justice Anthony Kennedy’s final landmark gay rights decisions, United States v. Windsor and Obergefell v. Hodges. Kaiser’s own personal anecdotes are woven in throughout — including a carnal conga line on Christopher Street after the New York Blackout that produced a scene out of Fellini Satyricon.

With a dazzling cast of characters — from Leonard Bernstein, Alfred Hitchcock, and John F. Kennedy to Ellen DeGeneres and RuPaul — this is a vital telling of American history.

The Stonewall 50th Anniversary edition was published on June 4th. You can order it from your local bookstore here or from Amazon.

Kaiser is a nonfiction book critic for The Guardian US. See all of his recent work.

The Fascist Threat to America

Can it Happen Here? Urgent studies in rise of authoritarian America

Why Trump’s Pardon Is Really About Russia 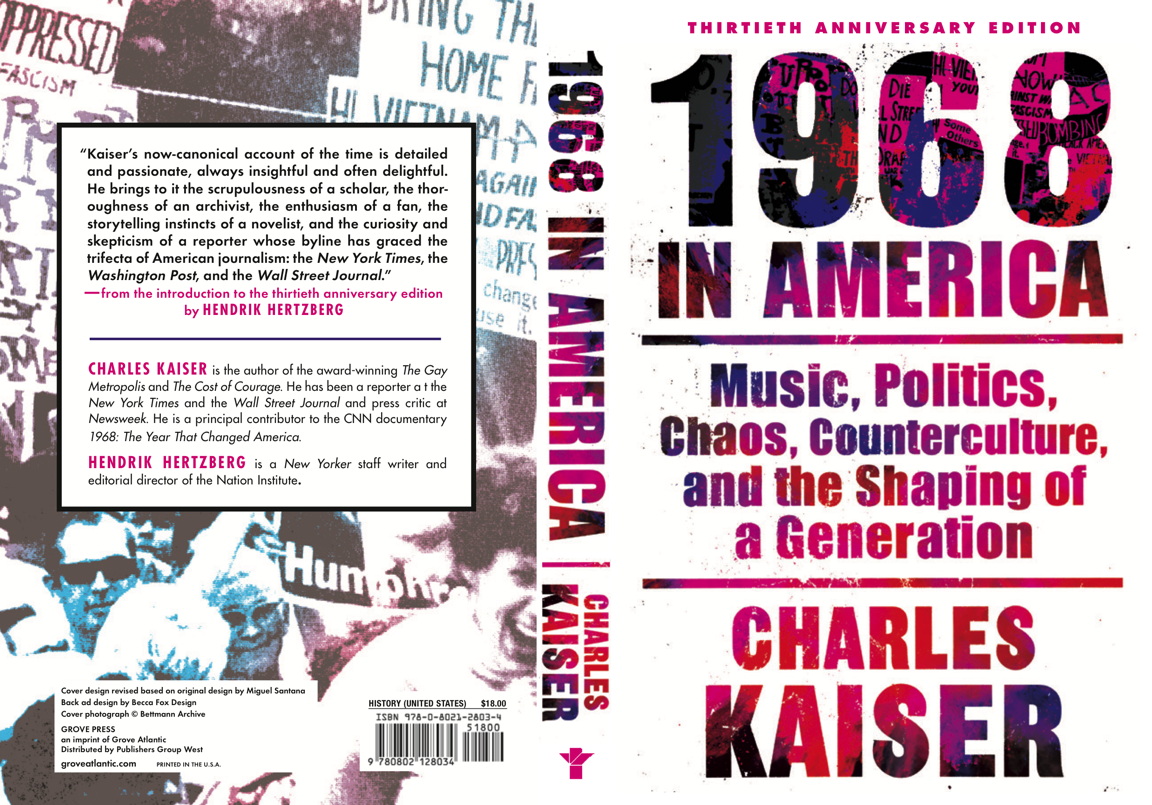 “Kaiser’s now-canonical account of the time is detailed and passionate, always insightful and often delightful, fully as much as it was when the first edition was published thirty years ago. He brings to it the scrupulousness of a scholar, the thoroughness of an archivist, the enthusiasm of a fan, the storytelling instincts of a novelist, and the curiosity and skepticism of a reporter whose byline has graced the trifecta of American journalism: the New York Times, the Washington Post, and the Wall Street Journal.”

—Hendrik Hertzberg, from his introduction to the new edition

To read the chapter of 1968 In America about the Democratic convention in Chicago in 1968 go here.

You can purchase a copy of the new edition of 1968 In America from Amazon in print or for the Kindle.

The Cost of Courage

The Cost of Courage is on sale now. The reviews are unanimous, and amazing. You can order it from your local bookstore, from Amazon in print, for Kindle or as an audiobook, or from Barnes & Noble. Watch Charles discuss the book with Charlie Rose and with Sam Roberts on New York Times Close Up. You can read reviews of the book below. 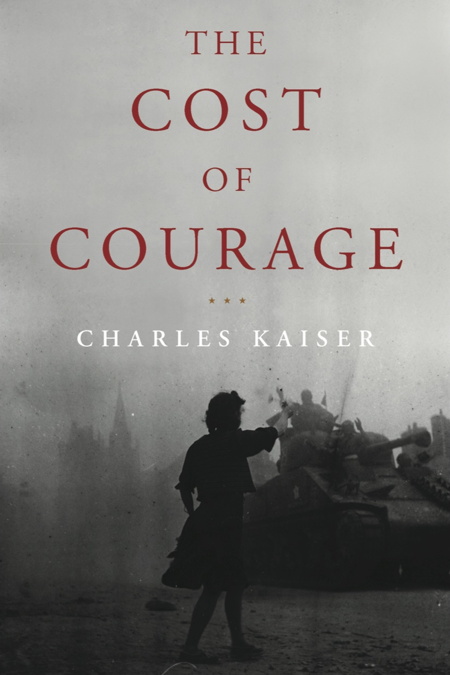 Knowing when to answer a door, when to ring a bell, whether or not to take an elevator was essential during an oppressive occupation.

A French friend, who was a very young girl during the German occupation of Paris, once told me that those dark years were like a “secret garden.” She knew it existed, but she never knew how to enter it or what exactly it contained. What had happened? How did the Parisians thwart the harshness of the German occupation? Should they have done more to oppose it? And, inevitably, what would she herself have done as an adult under the same circumstances? No one, not even her parents, would easily speak about this period to her. Was it sadness, shame or just therapeutic forgetting?

Charles Kaiser’s “The Cost of Courage” combines a thorough and quite accessible history of Europe’s six-year murderous paroxysm with a deftly told story from this secret garden. The Boulloches — father Jacques, his wife Hélène and their four children — were a comfortable bourgeois, Catholic Parisian family: “They blend[ed] a soft anticlericalism with a sharp republican spirit.” As with many such families under the occupation, this one was divided about how to react to its indignities.

In his stimulating book, Mr. Kaiser, a newspaper reporter turned popular historian, suggests that the “cost of courage,” the emotional price paid for having resisted the Germans and their Vichy collaborators and for the years of being constantly on one’s guard, served to repress memories of that time. Through a combination of luck — his uncle had been billeted for a year after the liberation in the Boulloche apartment in Paris — and a journalist’s knack for following a good story, he has produced a moving and exciting narrative.

“Passages that we might expect to find in a superior thriller . . . . Kaiser makes the most of the inherent drama in the story he tells, but his touchstone is his relentless search for truth amid the fog of war.”

“Charles Kaiser relies on an old family friendship to unearth stirring stories of the brave French who risked their all to oppose the Nazis. . . .  Moving new book on the French Resistance during World War II.”

Kirkus raves in a starred review

A former reporter and award-winning author rescues the almost unbelievable account of one family’s experience in Nazi-occupied France.

Between the cruel caricature of a nation of collaborators and the purposeful, Charles de Gaulle-promoted myth of a country full of valiant resisters lies the truth for most of the French during World War II. In the same manner a young girl’s diary once vivified the Holocaust and the fate of 6 million for a postwar audience, Kaiser tells, through the Boulloche family, the story of lives turned complicated by the bizarre realities of Vichy France. . . .

Thanks to a family connection forged in the war’s immediate wake, Kaiser has managed to gather all the painful details, and he assembles them masterfully.

At once heroic and heartbreaking, this story leaves an indelible mark.

Charles Kaiser’s The Cost of Courage, published by Other Press, is the tragic and triumphant true story of one family in the French Resistance whom Kaiser has known since he was eleven years old. The book is a nonfiction thriller, a love story, and a mini-history of World War II in Europe.

Kaiser speaks fluent French and spent two and half years living in France to research the book. It draws on interviews with the main actors in the Resistance from the Boulloche family, their confederates and their descendants, as well as documents from the French and British National Archives. The British dossiers on three of the main characters were declassified for the first time at Kaiser's request. The author calls The Cost of Courage the most dramatic story he has ever written.

More Praise for The Cost of Courage

“Charles Kaiser deserves a Legion of Honor red ribbon for bringing to vibrant life the suspenseful, never-before-told true story of a family's courage, suffering and ultimate triumph amid the existential dangers and challenges of the French Resistance. Chapeau!”

“One legacy of the Nazi occupation of France was secrecy, a shield that long hid the heroism of resisters no less than the shame of collaborators. In this gripping true-life drama, Charles Kaiser reveals the long-buried story of one prosperous Parisian family that paid a high price for the bravery of its children. Until now, only through silence could they live with the painful cost of their courage.”

—Alan Riding, author of And The Show Went On:
Cultural Life in Nazi-Occupied Paris

“In this poignant personal tale, Kaiser explores the emotions and breaks through the silences that haunted an amazing family after their experiences in the French resistance to Nazi occupation. The result is a compelling and heart-wrenching book about courage, love, and the complex shadings of heroism.” 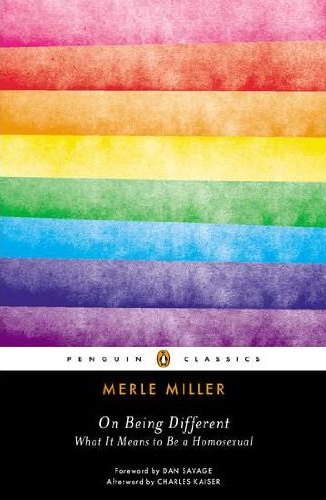 New from Penguin Classics: Penguin Classics has republished On Being Different: What It Means to Be a Homosexual, by Merle Miller. This classic essay was originally published in The New York Times Magazine in January, 1971. The article was the first calm, balanced, nuanced and human explanation of what it meant to be gay ever published in The Times, and Merle Miller was the first prominent writer ever to come out in its pages.

Dan Savage has written the forward to the new edition, and Charles Kaiser has written the afterword, explaining how Miller's piece affected him when he first read it, and how dramatically gay life has changed over the last four decades.

The New York Review of Books has excerpted the afterword.

You can order a printed copy from Amazon or download it for your Kindle.

A high-resolution version of the author’s photograph is available. Mandatory credit: Joe Stouter

Charles Kaiser is the author of three books and a nonfiction book critic for The Guardian US. He is a former reporter for The New York Times and The Wall Street Journal and a former press critic for Newsweek. He has blogged about the press for the Columbia Journalism Review and the Sidney Hillman Foundation.

His first book, 1968 In America, was recently republished in a 30th anniversary edition with a new introduction by Hendrik Hertzberg and a new afterword by the author. The Gay Metropolis, the landmark history of gay life in America, will be published in a third new updated edition for the 50th Anniversary of the Stonewall Riot in June, 2019. 1968 and The Gay Metropolis are both available from Grove Press.

The Cost of Courage, about one French family in the Resistance in Paris during World War II, was published by Other Press in 2015, when it won the Grand Prize of the Paris Book Festival. The American paperback and the French edition from Seuil (Le Prix du Courage) were published in 2017.

His writing has also appeared in New York, The New York Observer, Vanity Fair, The Washington Post, The Los Angeles Times and Manhattan,inc. among many other publications.

Kaiser was a founder and former president of the New York chapter of the National Lesbian and Gay Journalists Association. He has taught journalism at Columbia and Princeton, where he was the Ferris Professor of Journalism.

He is an avid bike rider. A few years ago he biked 1,000 miles in three weeks over the Blue Ridge mountains in Virginia and Kentucky. He lives on the Upper West Side of Manhattan. 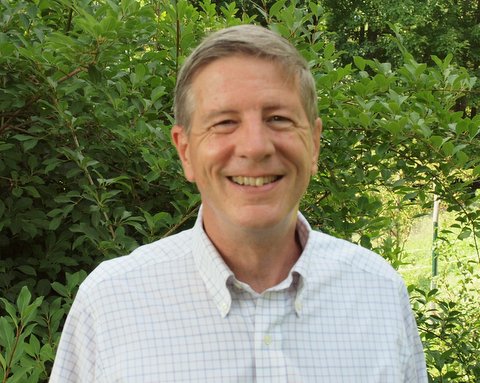 Kaiser’s lecture subjects include the The Fascist Threat of Donald Trump, The French Resistance, How World War II shaped modern Europe, How the ’60s Saved America, and The Gay Revolution Since 1970. 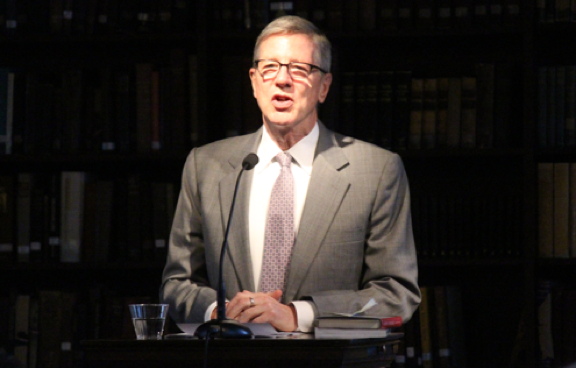 “Charles Kaiser was a model lecturer and guest from the get go. A true journalist, he researched Cincinnati, promoted his event and our venue on social media, charmed our VIP guests, and then delivered a knock out talk on his book, The Cost of Courage. We can’t wait to have him back at the Mercantile Library.”

“Charles Kaiser is an eloquent and inspiring author and lecturer. His passion to ‘tell the story&rsdquo and his ability to accomplish it so well enthrall his audience, on page and in person. The reader/listener is mobilized to take action and respond in the world. I highly recommend Kaiser’s books and public talks for the human experience, ethical imperative, and heartfelt commitment to civic engagement they model.”